Knowledge Base   /   BASE REWARD ACADEMY ( All about the project )

The Proof of Stake (PoS) concept states that a person can mine or validate block transactions according to how many coins they hold. This means that the more coins owned by a miner, the more mining power they have.

The (Pos) concept of Base Reward Token revolves around these same principles, a user can mint more tokens according to the number of tokens they own. Our staking protocol doesn't reward users for staking base on a fixed APY or APR but rather based on users STAKING POOL percentage.

A total of 3,650,000 BRT tokens are locked within our SMART CONTRACT and can only be UNLOCKED by staking BRT tokens.

To ensure a low supply of Base Reward Token and an Increase in MINTING difficulty over time, the number of tokens minted per day will be HALVED after every 365 days cycle until there are no more tokens to be minted. 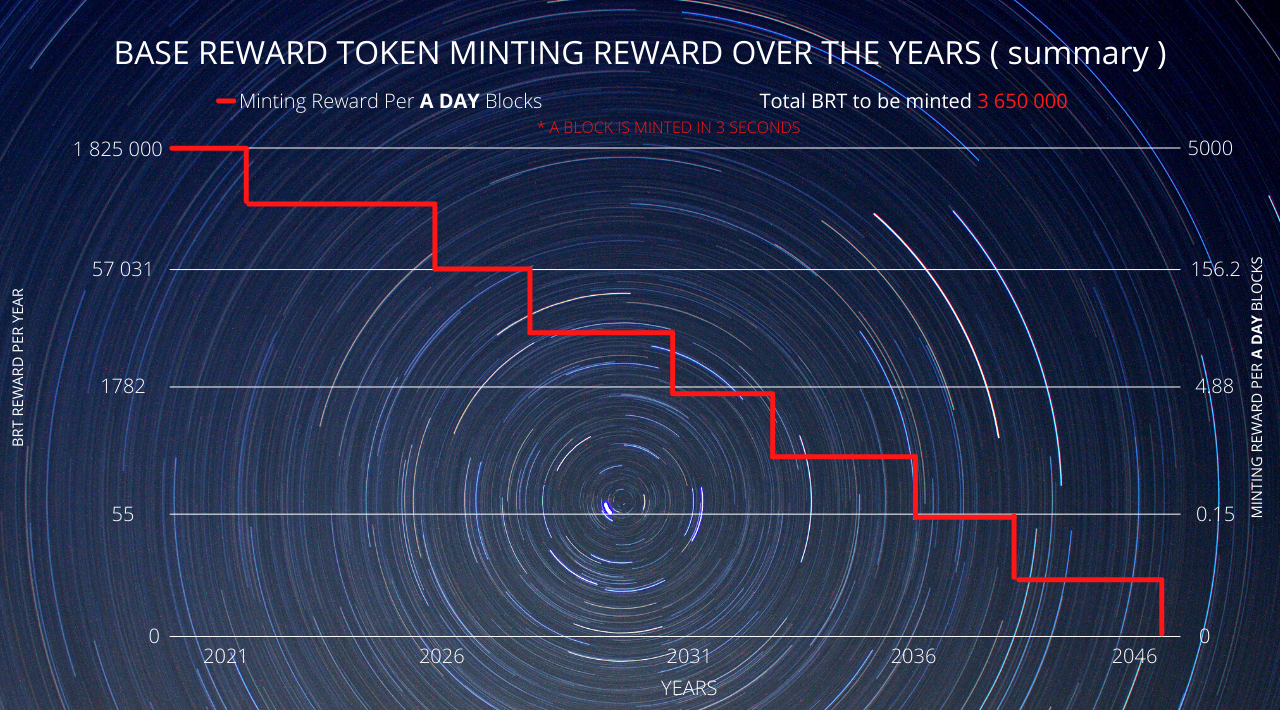